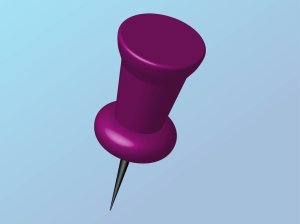 From a pushpin of doubt faith slowly seeps out….

In 2005, a missionary couple came to Times Square Church to testify and present the Lord’s great work within a restricted Islamic country. At that point I had probably heard about 1000 sermons from the TSC pulpit but few are as vividly memorable as the testimony of Mr. and Mrs. E. They were called to that country in 1994. While in the center of town one day, an insistent woman led Mrs. E out to a remote area. There Mrs. E eyed a large dilapidated warehouse. What importance could that have?

It was winter when she entered this foreboding building and with its broken windows and damaged walls it was just as cold inside as out. With the language barrier it was hard to understand why she was urged there until the local woman opened one of the storehouse doors.

This was that country’s ‘facility’ for mentally and physically disabled children where they slowly died daily of deprivation and abandonment. There were no bathrooms in this ‘facility’. Most of these children were unclad, laid upon bare wooden bed frames, at death’s door with infections, starvation, and emotional anguish.

The projected overhead photos were heartbreaking. Never before and never since have I witnessed such weeping break out at Times Square Church. Mrs. E continued the story. Although she made daily attempts to minister to these children, bringing food and praying for them, the futility overwhelmed her. Until the Lord moved once again on behalf of those abandoned and languishing children.

Around that same time, the pastors of TSC were preparing for a pastor’s conference in that country. Coincidentally, one pastor’s son met Mrs. E in the center of town one day and, through that ‘chance meeting’ the Lord’s purposes forged ahead. We didn’t hear about the ‘pastors conference’ but God moved the pastors of TSC to embrace and adopt that abandoned place of death.

I have never seen a transformation such as the one presented.

Buildings were gutted and rebuilt. Therapeutic hydraulic pools were installed, plumbing and cooking facilities came to life. They no longer needed the ‘guards’ who tossed moldy food to dying children. The E couple was able to add Christian workers to minister and heal; over time the Lord brought 76 brethren to love on these children, bringing many to a saving knowledge of God.

The overhead photos of true life and restoration brought another outbreak of tears!

Although I cried the tears of grief then utter joy, one thing troubled me like a pushpin in my faith. When Mr. E  first described their call to missionary work in August 1976 he said….

They were young and in love, engaged to be married, and ready to serve the Lord on the mission field. As part of a youth group, they had a brief stay in NY before flying out to various countries as the Lord had led. During that brief stay, Mr. E shared, his betrothed set out with another sister in the Lord to hand out tracts and minister in the area. They did not return that day. Instead, the police came to the Christian center to report that the girls were hospitalized. They had been abducted from the street, gang raped and tortured then dumped out of a van.

Of course, the girls’ parents urged them to return home, to recover and heal. But, as Mr. E continued, his fiancé left for the airport after her medical discharge. Sometime later they were married and worked together on the mission field – Pakistan, Sri Lanka, India and later in Central Asia where they stayed for many years.

As a crime victim counselor and later a parole officer for many years I saw the personal devastation of sex offenses. Some ‘rape survivors’ never fully recover. While I marveled at the Lord’s hand working through this couple, ‘a pushpin of doubt’ lingered and needled….”gang raped and tortured” on her way to serving God? Having been violated, traumatized, and dumped like refuge on the road, how could this young woman share the faithfulness of God just days later? Was He faithful?

Twelve years later I don’t have all the answers but perhaps gained some understanding on the sovereignty of God. It’s not possible to accept that God is ‘in charge’ of the wonderful ‘coincidences’ of the Christian walk – where impossible plans come to fruition –  but then reject His omnipotence over tragedies, violations, betrayals and sicknesses. The painful truth is that God uses suffering, not prosperity, to prepare and launch His vessels into the world.

I don’t think Mrs. E would object if I supposed that, without the horrifying attack set upon her, she would not have been the same broken and surrendered servant standing before Times Square Church. It must have been supernatural healing and restoration that empowered her to rise up from gross abuse to selfless service unto the Lord. Perhaps in that, the Lord proved Himself stronger than any force of wicked darkness.

The answers to ‘why’ in pain and suffering may remain still a mystery but grow more insignificant against the living and eternal fruits born through surrendered vessels.

And a pushpin pushed out, falling to the ground…..

“You threw me into the ocean depths, and I sank down to the heart of the sea. The mighty waters engulfed me; I was buried beneath Your wild and stormy waves…But You, O Lord, snatched me from the jaws of death!”  Jonah 2 excerpts

The Lord establishes an unchanging truth through the Scriptures: God appoints and anoints the authority over us as we serve.  We are accountable to the godly leadership appointed over us while they who have “ been given much, much will be demanded; and from the one who has been entrusted with much, much more will be asked.” Leadership will make an account for every soul in their domain.

Every believer – and every leader – has potential to fall, to take their eyes off the Lord, to walk outside the narrow road and pursue plans conceived in the flesh.  Often these plans appear ‘good’, even prosperous but, unassigned by God, they make the path a slippery slope….

We fall when we miss the warning signs…we can learn from the pain or continue to fail.

At the risk of simplifying great truths, falling creates a pivotal point – to either proceed toward failure or to rise up and call out to the Lord.  The Bible assures us that God can “keep us from falling” and surely keep us from failing.  As His ambassadors in this world, He has a vested interest in strengthening us in service and restoring us when we fall, “The Lord upholds all those who fall and lifts up all who are bowed down”.

Scriptures testify of the great faith, courage and passion in God’s chosen leaders.  However, the Lord does not whitewash their disobedience and downfalls.  Some fell due to unbelief such as Abraham with Hagar, yet rose up to God’s call.  Some failed, even to their own demise, as they neglected ongoing warnings of God such as Sampson with Delilah.  Sadly, some fell while having known – even transcribed the Word of God.   Among the many beloved Psalms of David he wrote in 101, “I will walk in my house with blameless heart.”  Anointed king over God’s people, he abandoned his honor during a night of lust that led to failure and worse, a deep betrayal of both man and God.   From looking, to lusting, to sinning and scheming, nobody treads the waters of compromise and sin. Without repentance, sin takes you deeper than you ever thought you would go.

“You despised Me” God declared, and exacted longsuffering consequences upon King David.  (II Samuel 12) The Lord’s response to betrayal by His appointed leaders is sharp and fearsome.

Christian leaders are valued trophies for hell.  The devil works with great stealth as leaders are calculated targets with wide collateral destruction.  Unlike sudden attacks of persecution, foundational faults in faith and character allow compromise and contamination to seep in.   Godly fear, that bastion of protection, is slowly dismantled.  As Pastor David Wilkerson once preached,

Once a Christian scorns the sure warnings and convictions of the Holy Spirit, he loses discernment, is increasingly given over to sin and, in the end, is capable of anything outside of God’s will.   Long before the fruits of sin and compromise are ripe, “Ichabod” is fearfully decreed.

What about the misled and broken sheep who are betrayed?  Leaders damage many layers of servants and innocent brethren.   It is a betrayal and loss unlike anything in the world as devoted brethren turn from the world to serve the Lord.  Like a betrayed spouse, evidence of infidelity often goes undetected, disbelieved, and rationalized.  Spiritual manipulation is a complicated stronghold that gives birth to confusion, grief, and anger.  The deep wounds of betrayal and loss often bring the servant of God to a spiritual wilderness, creating a profound crossroad of faith. 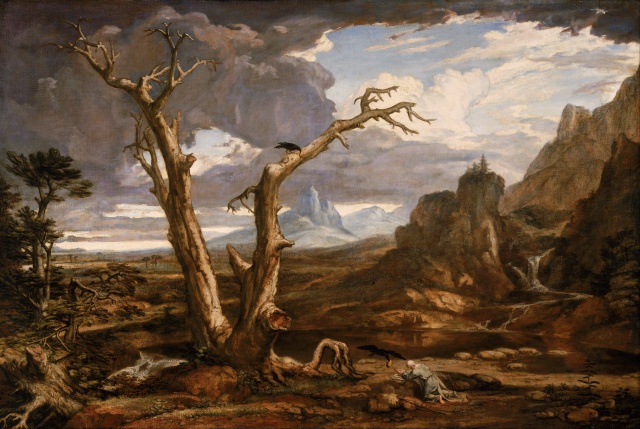 As with Elijah in the desert, the Lord awaits to minister

When Christian leaders fall, fail and betray, the ‘work of God’ begins to fold like a slow train crash.  The rush for ‘damage control’ is futile when the Lord exposes sin and withdraws Himself from the work.  But the devil must not triumph over us as plunder – the Lord awaits us in the wilderness with healing, spiritual refreshment, revival and redirection.

When leadership severs from the Headship of Christ, may the Lord strengthen us to…

We can be truly called to a ministry which later implodes from compromise, disobedience, and betrayal.  Our time, our love, and our resources are not wasted or unnoticed by the King.  He will water every seed we have planted and Himself raise up the intended harvest.  The crushing disappointment and loss from the downfall of leadership whom we served and loved is a painful furnace from which we must cry to Jesus….

“Look upon my suffering and deliver me, for I have not forgotten your law.  Defend my cause and redeem me; renew my life according to your promise.”   (Psalm 119:153-154)

Let us be “confident of this, that He who began a good work in you will carry it on to completion until the day of Christ Jesus.”