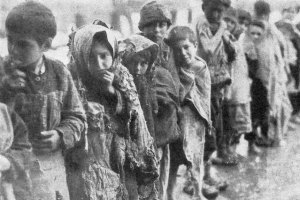 “The Armenian Question” is a phrase historically rooted to the Armenian Genocide, the cruelly horrific massacre of 1.5 million Armenians by the Ottoman Turks. Premeditated and systematic, history records the desecration of a nation – the near extinction of a people group. Often seen as a Christian persecution, the torture, rapes, mass killings and death marches punctuate immeasurable grief endured from 1915 to 1922. Adding to the inhumanity is the ongoing Turkish denial of such atrocities, a futile standpoint in light of historical fact, serving only to fester deep wounds.
Armenians often boast of being ‘the first Christian nation, 301 AD’. I myself was such a boaster who, without notice, could give a historical account of King Tiridates and Saint Gregory the Illuminator to anyone who would listen. From a Biblical perspective, claiming a nation be Christian broadens the definition of Christian to near obscurity if a Christian is one who decidedly repents, receives forgiveness, and follows and serves Christ as Lord. Nonetheless, Armenia was a nation, clothed with a claim to Christ, who was brutalized, pummeled and massacred by Islamic neighbors. History reveals the fate of Armenian borders and genocide survivors around the world. An untold causality, in this near death of a nation, is faith in the living Christ as many in surviving generations have deemed God irrelevant and/or non-existent.

With vehemence an Armenian Question took root: “Where was God?” – a question with deep accusation, not spiritual search.

Rhetorical accusation, without searching, justifies a self-made, even self-serving answer. While there exists an innate desire to know one’s Maker, there is also prideful satisfaction of dismissing God, judging Him irrelevant or non-existent, to live a life seemingly free from His authority. For some however, there is a grieving desire to know God and personally receive the truth of His sovereignty in light of gross injustice and suffering. While volumes have been written on these subjects, there are Biblical truths to ponder in beginning this search for understanding. “God is a rewarder of those who diligently seek Him” (Hebrews 11:6) and what we find in sincere and diligent search will open a relationship with the living God.

The Bible presents prophetic scriptures pointing to the Savior, Jesus Christ. The coming Christ did not change the course of a wicked and dark world. In fact, in response to the Savior’s birth the king of Judea ordered a massacre, killing all the male children under two in efforts to kill the Son of God (Matthew 2:16). God never said He would change the course of this world, He pronounced His coming judgment on our fallen world. Yet the Bible, as well as believers through the ages and today, proclaims the Spirit of God indwelling faithful men with supernatural power to endure. 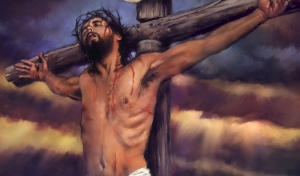 “This is my beloved Son” God proclaimed at the onset of Christ’s ministry and at His transfiguration, seen in Matthew 17 and Mark 9. God allowed, even predestined, His only Son, beloved Son, to die a worse death than we could ever know. Tortured and mocked, forsaken by His people, forsaken by His Father, shamed with public execution, the Son of God took on our sins and defeated death. The punishment for every vile and violent act, hatefulness, selfishness, murder, slander – the pride of man – all laid upon the sinless Son of God as He died in our place. “Let us fix our eyes on Jesus,” the Bible encourages, “…who for the joy set before him endured the cross, scorning its shame…” (Hebrews 12:2) Your salvation, my salvation was the joy set before Him. Not so we would enjoy this world, but that we would enjoy eternity with Him, being reconciled to God.

The Armenian Genocide was a horrific display of brutal wickedness – not quickly done nor in the dark but a procession of death – while the world watched. Those with power chose not to intervene as a nation was crushed. Men at heights of leadership utilize great skill in covering guilt, cloaking complicity, and diverting responsibility. There is accountability upon all of us who do nothing when screams of terror come forth.  While cries for justice slowly die of exhaustion, God remembers every detail with accuracy.  “Vengeance is Mine”, says the Lord, “I will repay”. Even the most just of men have but a brief lifetime to exact judgment. God has eternity.

“Armenia – the first Christian nation, 301 AD” is a historical fact but an unlikely spiritual reality. No king can decree that all his subjects repent, and ‘deny themselves, pick up their cross and follow Christ’ with a readiness to give their lives for this faith. (Luke 9:23&24)  Nonetheless, many with great faith in Christ perished.   Many survivors held to Christ with a living faith, only possible through the Holy Spirit.   Following the Savior is an unpopular path on which thousands today suffer persecution, rejection and martyrdom.  Yet surrendered to Christ, His Spirit indwells us and “the joy set before Him” becomes our joy, His strength becomes our strength.  Only He can take us through a storm of suffering.   Testimonies of Christian martyrs tell of the “fellowship of sharing in Christ’s sufferings”, often describing an overshadowing love and power that conquers the sting of death and brings revelation of eternal life.

“Where was God?” is a cry of anguish and pain but filled with accusation to a Holy God. He can receive our anger, our unbelief, and accusation if, once vented, we can honestly cry, “Who are you, God? Forgive me, Lord, show yourself to me.”